Initially, my colleague Michael Zazzio and I (representing NHF-Sweden) were to go with Scott Tips as part of the National Health Federation (NHF) delegation attending the Codex Committee on Spices and Culinary Herbs (CCSCH) in Chennai, India, the week of February 6-10, 2017. There, Michael and I were to learn under NHF-veteran Scott Tips about Codex procedures and interactions, and how to properly represent NHF. However, days before leaving, we learned that he unfortunately was unable to attend due to other NHF business and that we would actually be putting into practice on our own what he had taught us in pre-Codex mentoring sessions. So, it was an honor to represent the NHF at the meeting

CCSCH is the youngest of the many Codex committees and has only been active for three years. India exports copious quantities of spices; yet, it is also the World’s largest consumer of spices. CCSCH’s objective is to establish global standards and guidelines for trade in spices and culinary herbs among countries. Transparency is a key part to that.

Michael and I flew to Chennai from Sweden. Once there, we were pleasantly surprised by the very warm reception given the NHF both by the CCSCH Chairman Dr. M.R. Sudharshan, former Director Research, Spices Board India, Ministry of Commerce and Industry, Government of India, as well as the Codex Secretariat and the other delegates. We learned that the NHF was highly respected at Codex. A member of the Secretariat even said that NHF is like a breath of fresh air at Codex meetings since NHF is always contributing interesting and well-considered comments, which are refreshingly different from the other delegates. Of course this strong NHF reputation is due to Scott Tips’ long and persistent work at Codex throughout his now 17-plus years. NHF-Sweden wants to thank Scott for all those years in Codex of consistent “vocally aggressive” tactics as well as honest, real-time Codex reporting when there are virtually no reporters sharing what goes on at these international meetings. So, while Michael and I regretted Scott’s inability to accompany us on our first Codex meeting, we entered into the large conference room of international delegates with confidence and preceded by a fine reputation that NHF afforded us.

Because of this we enjoyed good relations with the other delegates. In fact, during the meeting we were seated beside an organization that represented the industry and they became interested when we told them of the existence of the ORAC (Oxygen Radiance Absorption Capacity) value, which measures the synergistic antioxidant power of various substances found in a food, and that many spices will be very high on this scale, which means they are good sources of antioxidants. The industry delegates wanted more information, mentioning that they could get the media to write about it. After talking with other participants, we learned that delegates and even key staff turned out to be open to organic farming and alternative treatments.

The U.S. and Australia predictably pushed for standards to be set that would benefit industry, but Michael and I experienced most all delegates as being very human and caring. They did well, taking their task seriously, and they actually seemed to advocate what would be good from a consumer perspective, considering safety, additives, and other things.

It was a congenial Codex meeting and we sang and celebrated a delegate’s birthday. It also became joyful after the meeting had debated cumin. Cumin namely became the first herb that this committee had completed a standard for, and the standard was now ready to be sent to and adopted by the Commission. There were broad smiles and a round of applause that echoed in the room.

Still, NHF spoke out on several matters in a way that seemed to make sense to and hit home with the other delegates. For example, we brought up the fact that many anti-caking agents in spices and culinary herbs are aluminum-based, which quickly prompted several delegates to request the floor to declare to the Committee that these substances are not needed. Several other countries also interjected that their countries were not using such substances and that those agents were not needed and are indeed, as NHF teaches, harmful.

On pesticide and herbicide use, we strongly supported Codex standards that would result in decreasing the need for spraying spices and herbs. Pesticides and herbicides are greatly overused and dangerous not only to consumers but to the farmers who use them.

We also supported Turkey on several issues, one involving consumer confusion around Oregano, arguing that it was important not to confuse the consumer, and that was also why we always sought for spices’ and herbs’ botanical names to be used. For example, in Mexico, there is a spice marketed as “Oregano,” but its botanical name is Lippia Graveolens, which is not even in the same family as what most of us recognize to be Oregano. Should it then be in the standards of Oregano? Mexico said “yes,” and Turkey said “no.” Mejorana is actually belonging to the Oregano family, but it has its own standard. There will be an e-working group to look over the Oregano standard.

One question that had burned inside me for a long time was whether Codex’s decisions at this Committee will affect those individual small farmers who want to sell some spices at their local markets. Some delegates felt that the Codex guidelines also apply to these farmers while others argued that this is under the national guidelines, meaning that a country’s own laws would apply and not Codex. In the end, I ventured to ask the Chairman himself, and Dr. Sudharshan said clearly that the Codex standards are only applicable for trade between countries, to which a member of the Codex Secretariat agreed. Although we very much would agree with Dr. Sudharshan, Scott Tips informed us that the Chairman’s view is contradicted “by the Codex Strategic Plan that calls for application of Codex standards and guidelines domestically as well as by important language in the Codex Procedural Manual to protect domestic sovereignty that was deleted many years ago by the Codex Committee on General Principles over NHF’s objection.”

It was gratifying to see the ripples of effect that resulted from our throwing that “stone” into the pond. We were enjoying our first experience that NHF delegates to Codex share: Impacting the lives for the 7 billion souls on Planet Earth for the better. 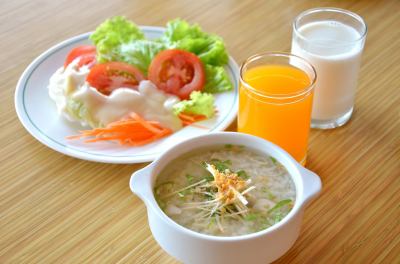 Reproduced with permission of Liam Scheff: I’m researching and talking about diet and nutrition this week (something I haven’t done publicly much, because I don’t worry very much about what other people eat). But, when Read more…